A Matter of Balance 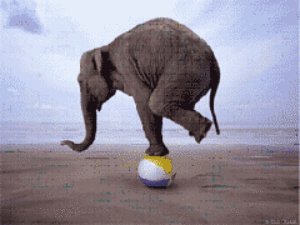 At any given moment, homes and businesses throughout California are consuming enormous amounts of electricity for everything from turning on the lights to running equipment – all of which are powered by electric generators throughout the West.

To keep electricity flowing reliably and safely, the operators of the Western transmission system must continuously balance the supply of electricity with the demand to ensure enough power is available without placing undue stresses on the transmission systems. This careful balance is achieved by “Balancing Authorities.”

What is a Balancing Authority?

A Balancing Authority has several ways to maintain the balance of supply and demand, from turning on or off generators, to importing or exporting excess electricity to or from their neighbors.

There are currently 38 Balancing Authorities in the Western Interconnection, which serves most of the U.S. and Canada. Why not just have one big Balancing Authority for the entire grid? When the grid was first being built, individual power companies developed their own local electricity systems that, over time, became interconnected with one another. Connections between the neighboring electricity systems improved reliability and efficiency of the whole system, while still allowing the individual power companies to keep control over serving their own customers’ needs. The development of Balancing Authorities helps to maintain the stability and safety of the entire grid because any problems, such as outages caused by fires or earthquakes, can be isolated and controlled without causing a risk to other parts of the electric grid. In California there are eight balancing authorities:

The CAISO is the largest of the Balancing Authorities in California, covering 132,000 square miles in portions of all 58 of California’s counties and a small portion of Nevada. The CAISO operates the flow of electricity in the service territories of California’s three main investor-owned utilities (Pacific Gas & Electric, Southern California Edison and San Diego Gas & Electric) and several municipal utilities. The seven other Balancing Authorities are primarily responsible for operations within their own service territories throughout the state.

California’s energy needs change not only day-by-day, but hour-by-hour and even minute-by-minute. On a typical California summer day, the demand for energy is at its lowest during the early morning hours and grows throughout the day until it hits its peak in the late afternoon and early evening. During these peak hours, the demand for energy can be as much as 1 1/2 times the amount needed during off-peak hours. To manage these different types of electric generation, Balancing Authorities use long-term planning tools such as historic load data and weather and economic forecasts to plan for how much and what kind of resources will be needed during every hour of every day. Using this plan, grid operators work in real-time as electricity usage occurs to determine which generation should be scheduled to operate, to call on the standby generation as needed, and to determine which generation isn’t needed.