California has some of the most ambitious renewable energy goals in the world. The California Renewables Portfolio Standard (RPS), established in 2002, requires that utilities purchase at least 20 percent of their electric power from renewable sources by the end of 2010. In 2009, Governor Schwarzenegger signed an Executive Order, directing the California Air Resources Board to adopt regulations increasing the RPS to 33 percent by 2020. In 2011, Governor Jerry Brown signed a law codifying this requirement that all California utilities get 33% of the electricity they sell from renewable sources by the year 2020.

Additionally, The Global Warming Solutions Act of 2006, known as “AB 32,”requires that greenhouse gas emissions be lowered to 1990 levels by 2020, which amounts to a reduction of approximately 114 million metric tons from “business as usual” projections.

Renewable energy is energy that comes from a resource that is replenished by nature. California defines several renewable energy resources as “eligible” under the state’s Renewable Portfolio Standard. These include: 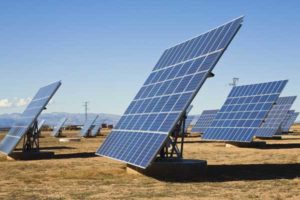 Solar energy is among the most abundant sources of energy available. Solar energy can be produced via distributed generation, where the energy is used close to where it is produced. This is most commonly seen in rooftop panels. It can also be produced at a central power plant and transmitted to a large number of consumers.

Of course, solar energy can only be generated when the sun is shining, so alternative forms of energy must be used during the night and in overcast conditions.

There are several areas in California and throughout the Southwest ripe with solar potential, with the Mojave Desert being among the most notable. 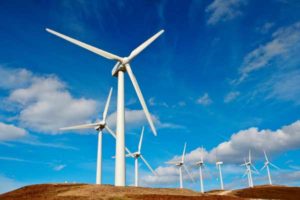 Wind energy is generated when a wind turbine transforms wind into energy that can be used for practical use. A collection of wind turbines is called a wind farm, which can consist of a few dozen to several hundred turbines. In Northern California, one of the best known is the Altamont Pass Wind Farm along Interstate 580 between the Central Valley and the Bay Area.

Wind energy is emerging as the least expensive renewable energy source, however many of the windiest areas in California are in remote locations and require new transmission to get the energy to consumers. Since wind energy can only be generated when the wind is blowing, energy must either be stored or alternative forms of energy must be used when there is no wind.

Biomass energy is energy derived from organic matter, such as crops, plants and waste material, and contains stored energy from the sun. Biomass energy can be generated through the combustion of materials such as wood or by converting it into other forms of energy like ethanol.

Biomass energy has been used for centuries, as long as we have been burning wood. Some forms of biomass energy still emit carbon dioxide into the environment but because of the renewable energy qualities received from this resource, biomass is considered carbon neutral.

Unlike solar or wind energy, geothermal resources are not dependent on weather conditions or the time of day. The majority of new geothermal energy sources in America are located in remote areas of the Western states and cannot be added to the energy grid without new high-voltage transmission.

There are several areas in California that have been identified as having significant potential for the development of new renewable resources. In northern California, these areas include Lassen County, Round Mountain and Solano. Several counties in southern California, including Santa Barbara, Imperial, Riverside and San Bernardino, among others, have also been identified as viable sources of wind, solar, geothermal and biomass energy.

The biggest barrier to accessing these sources of renewable energy is transmission. To meet the state’s 33 percent RPS target, the California Public Utilities Commission estimates that 11 new transmission lines will be needed, at an estimated cost of $16 billion.

Accessing these sources, however, to meet future energy requirements and renewable energy goals will take the development of new transmission in California and neighboring states throughout the West.