The Transmission System and How it Works

Something many people are surprised to learn is that electricity, by its very nature, cannot be stored – at least not economically in any appreciable quantities (beyond what you find in a battery).

What this means is electricity must be generated and provided at the very moment it is needed. The transmission system, which delivers electricity to you at the astonishing speed of 186,000 miles per hour (almost the speed of light) is what makes this possible. 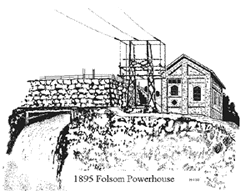 As presented in Understanding Transmission, the electric system involves generation, transmission and distribution. The need for bulk transmission came about as demand for electricity grew and small power plants that could only serve their local area became inadequate. Newer, bigger power plants came on line, but were far away from their load centers. Transmission lines were the only way to get the power to where it was needed.

Connecting remote generation plants with customers also came with a small problem. Electricity has to be transmitted through wires. Wires create resistance to the flow of energy and that resistance creates small losses on the amount of energy being transmitted. Not a big deal for very short distances; but the longer the wire, the greater the resistance and the greater the losses.

The solution to the resistance problem is to increase the voltage (or the “pressure”) at which electricity is pushed through the wires. The higher the voltage, the better the system is able to overcome resistance and minimize losses. Thus today, as energy travels hundreds or thousands of miles from where it is generated, high voltage lines of 230, 500 or 765 kilovolts ensure electricity is delivered quickly and with minimal energy loss. 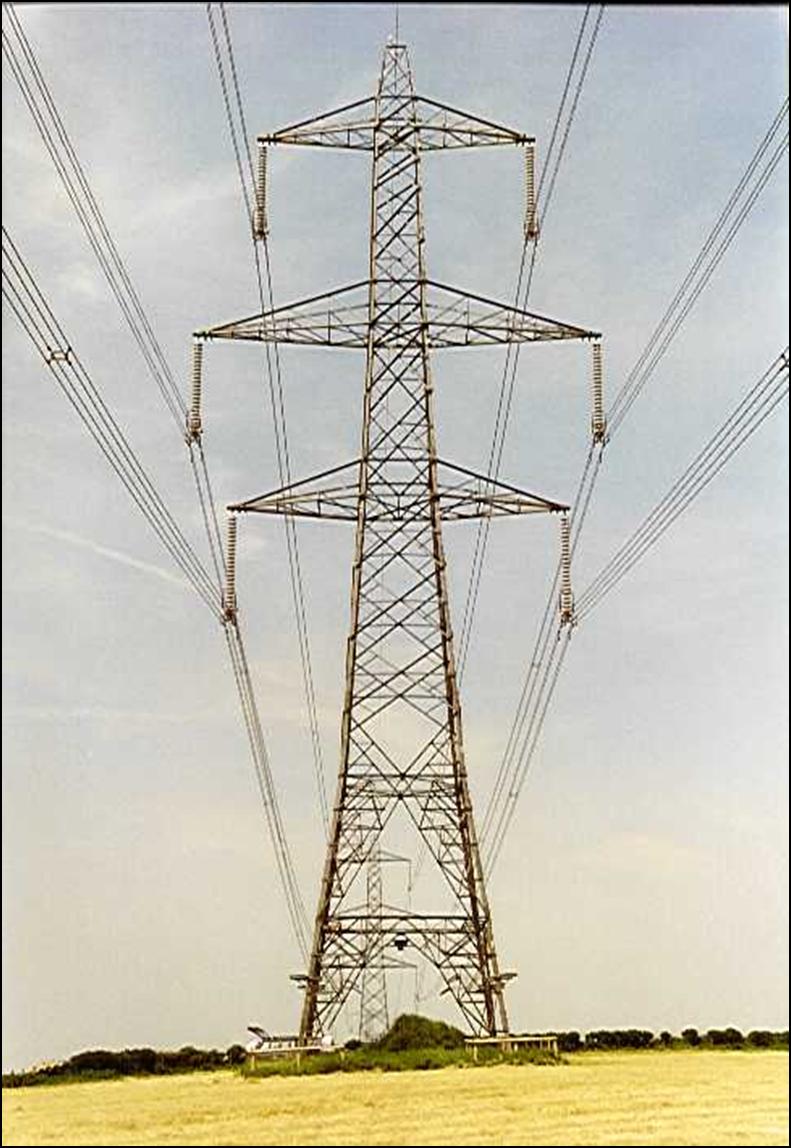 While electricity can sometimes be transmitted underground, “bulk” transmission systems often involve the use of overhead wires. A common question asked about overhead wires, particularly during the planning process, is why such large steel towers are needed. The two primary answers are safety and reliability.

Because of the high voltages used, local, state and federal regulations place certain requirements on how the transmission lines can be built, primarily in the interest of safety. One of these key requirements involves how high off the ground the wires must be at their lowest point (known as “clearance”). Clearance requirements can vary widely, but a range of 60-150 feet is common.

With height requirements comes a complementary need for stability. Transmission lines and towers have to withstand a range of environmental adversities, from high winds to freezing temperatures, where ice and snow deposits might otherwise cause a line or tower to collapse. As a result, high voltage towers are usually built to withstand so-called 50 or 100-year storms to ensure weather conditions don’t interrupt the flow of electric service.

In alternating current (AC) transmission, the movement of the electric charge periodically reverses direction. In a three-phase AC system, the wires carry three alternating currents that reach their peak values at different times.

Three-phase systems can also be classified as single or double circuit systems. Double circuit means that the transmission structure is carrying two sets of transmission lines, each with three conductors (wires).

In direct current (DC) systems, the flow of electric charge is only in one direction. The system operates at a constant maximum voltage, which can allow existing transmission line corridors with equally sized conductors to carry 100% more power into an area of higher consumption than AC.

Three-phase AC systems are generally considered less costly than DC systems for shorter distances (fewer than 400 miles). AC also offers some advantages in terms of stepping up and stepping down (see below) that can make it a better alternative when there are several intermediate connections in the line to serve communities along its route.

For longer distances, and even for shorter distances where there are no intermediate taps, DC systems have two advantages in addition to their ability to deliver substantially more power. First, they are less costly to build because they don’t need as many wires as for three-phase systems. Second, they are more efficient in terms of preventing electrical losses due to resistance in the lines. Third, DC systems also offer benefits related to reliability. Changes in load that could cause some portions of an AC network to become unsynchronized and lead to cascading failures in the grid would not have the same effect on a DC system, for example. Moreover, in such a scenario the DC link could be used to stabilize the AC network.

DC systems also have their disadvantages, particularly in terms of cost and the equipment associated with stepping up and stepping down the voltage, but given the benefits of DC as a whole, many power system operators are contemplating the wider use of DC systems.

Stepping Up and Stepping Down

While the electricity travelling through the high-voltage wires may have the force of 230, 500 or 765 kilovolts behind it, that’s not how the flow starts at the generation source; nor is it how it ends when the electricity gets to your house. In fact, it wouldn’t be safe on either end if that were the case.

As the energy is being generated, it leaves the power plant source at around 20 kilovolts. Transformers then increase the voltage to the appropriate level for transmission – much like a pump would be used to increase water pressure in a pipe.

As the electricity reaches a load center, the local utility delivers it to neighborhoods and businesses by stepping down the voltage through substations and sending it along a network of feeder (or distribution) lines. Voltages for primary distribution lines operate at between 2.4 and 34.5 kilovolts. The voltage is then stepped down again through distribution transformers to residential levels of 120 and 240 volts.